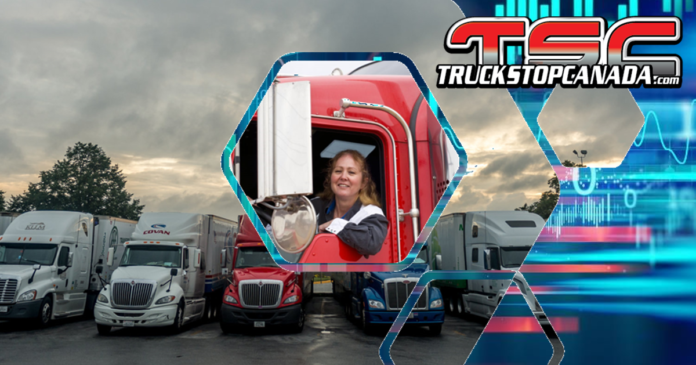 The shortage of professional truck drivers in the Canadian for-hire trucking industry is escalating more rapidly than industry analysts previously thought, according to a new study prepared for the Canadian Trucking Alliance.

Conducted by transportation consultants, CPCS, the study “Understanding the Truck Driver Supply and Demand Gap” is an update to CTA’s 2011 landmark report of the same name, which predicted a driver gap of up to 33,000 drivers by 2020.

The new study’s forecast calls for a shortage of 34,000 drivers by 2024, an increase in demand of 25,000 and a decrease in supply of 9,000. The shortage could increase to 48,000 drivers based on plausible combinations of different trends that could affect industry demand, labour productivity and occupational attractiveness.

Demand for drivers is expected to grow the most in Ontario, followed by British Columbia. The expected gap in absolute terms between driver demand and supply is forecast to be highest in Ontario and Quebec.

“When you consider that almost everything that people consume on a daily basis, or that serve as inputs into the production process, is shipped by truck, the economic implications of a driver shortage are potentially immense,” said David Bradley, president and CEO of the CTA, who thinks the study should be an important wake-up call.

The industry is at the precipice of what the study calls a “demographic cliff.” The average age of the drivers continues to increase and is doing so more rapidly than the Canadian labour force in general. The average truck driver age is expected to eclipse 49 years old by 2024 – up from 44.1 years in 2006. About 17,000 drivers are actually between 60 and 65 years of age.

97% of all truck drivers are male, compared to 52% of all employees in all occupations. In Quebec, several programs are being put in place to recruit more women in order to make up for the growing shortage of labor, such as the Camo-Route program which aims to increase the presence of women behind the wheel of heavy trucks at 10% over the next three years. The program is supported by the Mirabel Road Transportation Training Center, which now has a pink truck to attract the attention of women who may be interested in trucking.

At the salary level, in 2014, the average hourly wage rate for tractor-trailer drivers in Canada was nearly $23 – higher than the national average for all occupations, but that is not enough to attract new candidates to the industry.

The biggest challenge for trucking is finding long-haul truckers, and this is where there is the greatest shortage of candidates. These workers are required to work long, unpredictable hours and spend a lot of time away from home in order to earn their wages, which is not attractive for younger generations.

Owner-operator drivers – which make up about 30% of the for-hire driver pool – are also an important part of the truck driving workforce. But while they can generate good income by maintaining their equipment, choosing their clients carefully and taking time to manage their finances, growing equipment costs continue to put pressure on the owner-operator model.

In recent years, the industry’s CAGR (compound annual growth rate) in labour productivity has slowed, down to 0.9% in the past 10 years and 0.7% over the past 5 years, reflecting the absence of major size and weight increases in recent years and the full absorption of the effects of economic deregulation which occurred in the 1980’s. Other regulatory changes (e.g., US hours of service rules) could further dampen industry productivity.

Fully automated trucks are not likely to be operational within the forecast period, except on private property. As such, the trucking industry does not see automated vehicles as a means to resolve labour shortages. Automation will likely introduce itself piecemeal, starting with driver assist technologies. There is the prospect that drivers will engage in other activities while seated behind the wheel.

In conclusion, not only will the shortage of truckers continue to affect the road transportation industry more and more, it will also affect customers and the general public. All will face the consequences resulting from the industry’s difficulties in overcoming the recruitment challenge.